It’s been awhile since I wrote here, I’ve been so sick last week and I couldn’t update my blog…
But hey, I’m back and I’m here to stay!

So first I want you guys to see this video I made a video at Harucon, which is the annual Purim anime convention in Israel!

It was great going to an anime expo after a year and a half that I didn’t go to one. I even wore my self made Yoruichi from Bleach cosplay that won third place in a cosplay contest in a former convention 🙂
I went to Harucon with Alina and Eyal and Alina took some really cool pics of us as usual :)…

I also took a pic with a fellow bleacher and with the most awesome Khal Drogo from Game of Thrones I met there! 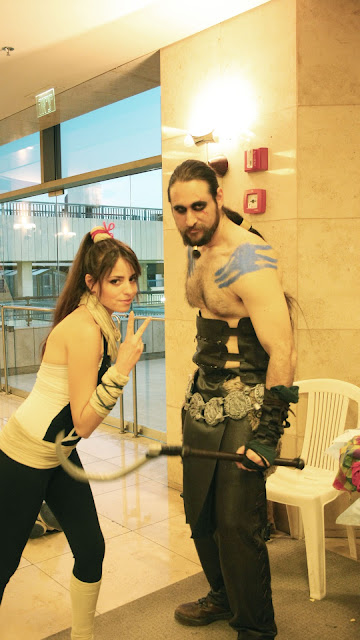 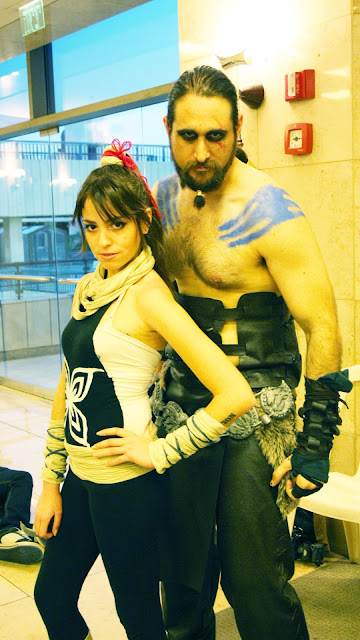 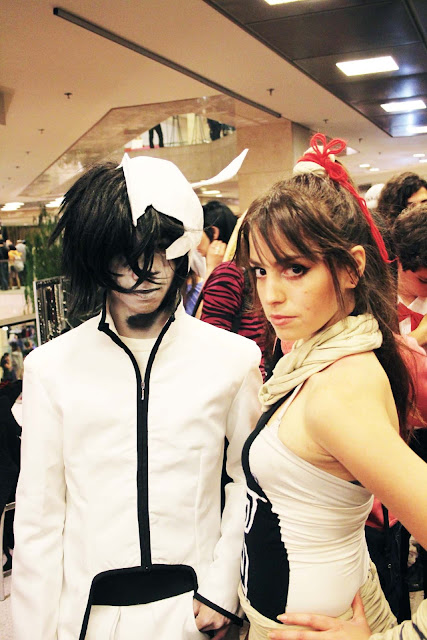 The day before it I went with Gali to one of the worst parties I ever went to in tel aviv.
It was so hot inside that the ink on my tattoo started to swell and itch like a motherfucker! So in the twenty short minutes I was there I took my dress off and danced wearing only my bra and leopard tights! It was a little embarrassing but so fucking liberating, but still I sweated like a pig and we got the hell out of there.
To that party I was dressed as Snooki from jersey shore, but since it’s Israel and everyone here’s whack, people thought I were Amy winehouse. So annoying considering the fact that when she was still alive I dressed as her in a Purim party and no one knew who I was.
I guess you have to be dead to get noticed. Fuck it. I love Amy! And Snooks! and they have different pouffes.

On the day of the anime expo I also went to a party, but this one was definitely the worst party I ever went to. Never mind what happened there, but I looked so good! I made a Katy Perry costume from her awesome music video E.T and I also did the super crazy make up she had there…
I really wanted to do a tutorial video of that makeup, so if your’e interested in it, let me know in the comments bellow.

So that’s it for now, I wanna show you guys what one of my AWESOME Henya Maniac made for me!
Thanks for this awesome artwork Thina Majidi!♥